10 Unspoken Commandments of a Big Family

There are certain things that are just 'a given' when you live in a big family. Nobody discuses or argues them, they just are. I guess we're taught them in Heaven before we agree to coming and living in a big family, because everyone knows about them. Generally, they are what you'd call unwritten rules, but on this special occasion for you special readers, they're going to be written, probably for the first time ever! Here we go, and you'd best remember them, as there will be a pop quiz later (just kidding!).


1- There is such a thing as a peeling-privilege; when oranges or grapefruit are limited to 1 half a day, the peeler is always allotted the larger half.

2- Your 'spot' (seat) is still your spot even after you've let the dog out, gone to the bathroom and drank a glass of milk, and anyone attempting to steal is has a 76.9% chance of being sat on and about a .06% chance of maintaining ownership of the spot in the end.

3- Boys are capable of building houses, chopping heads off chickens, and milking cows even when they're disgustingly poopy, but they absolutely can NOT assist the baby calling, "I done!" from the bathroom. ...I'm still not sure why.

4- When you hear your name being called: good news is your nickname in a sweet sing-song voice and bad news is your full name spelled out slowly including middle and last.

5- Seats in the fifteen passenger van are claimed by birthright, carsickness and friends wanting to sit next to each other (and in that order). Seat stealing in the van is a big offense, and one you're not likely to get away with.

6- You are allowed only one piece of the heart section of a diced up watermelon.  After that, you're supposed to take from the area touching the rind, that way everyone gets a taste of the heart.
7- There is such a thing as Chess vs. the two year old in which she is allowed to do whatever she wants with any of the pieces on the board, but try and take one of her pieces on a legitimate kill and she'll point a finger and cry "ah cheating!" and then heartily laugh.

8- The last one to pour a glass of milk has to put the jar back in the cold room/fridge.

9- 'Finders keepers' does not apply or nobody would own anything.

10- If you show up late for dinner, you can't complain about scraping the pot--but you usually do anyway.

There you have them folks. The ten unspoken big family Commandments. Now don't drop them on your way down the mountainside or I'll have to type them up all over again.

Oh, and there is an 11th commandment: 11- You are supposed to clean up after yourself, sweep up the snow you tracked in,  put your dishes in the sink and put your hat and gloves away in the shelves, but you usually don't because you know big sister will just end up doing it for you... Although I guess that one doesn't really count because it is spoken about... lots. *wink* lol! I suppose I accepted that lot in life when I accepted the big sister position after looking over all my options in heaven: "Hmm, those siblings look awfully cute God, but will they clean up after themselves?" "They'll try, but more than likely you'll just end up doing it for them." "Well then, I suppose I'll give big-sisterhood a try, as long as they try."


And they do try, as well as seven year olds are capable of trying, I'm sure. ;) 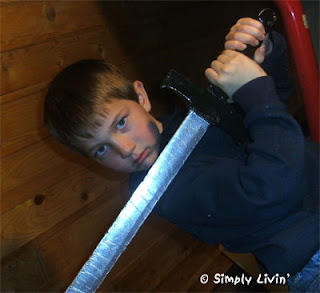